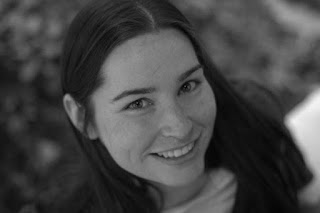 Belinda Missen began her writing career following a decade in retail and a further five years in the transport industry, Like most of us, she realised where her heart belonged and she decided to take a break and return to her first love, writing.

After her works were read by approximately fifty thousand online readers, she finally decided to put the figurative pen to paper and write her first novel. While she enjoys writing contemporary romance fiction, she can also be found freelancing for websites, and twisting dark, psychological thrillers together.

In April, 2016, Belinda won the Inspire 26+ Category in the Australia-wide JOLT Courthouse Youth Arts Awards for her short piece "Obsessions".

She's currently working on novels four, five and six. So, if you're looking for her, she's likely buried under a pile of paper somewhere. Belinda lives near Geelong, Australia, and is an active member of the arts community.

Thank you Belinda for stopping by today.

Can you tell us a bit about you as an author?
Writing is always something I've done. It started as a young child writing Jurassic Park fanfic, before I even knew what fanfic was. I stopped writing for a few years, and did the whole 'busy being an adult' business. I worked in retail for ten years, and transport for a further five. After leaving transport, I kind of floated a bit for twelve months, and the writing bug got me again when a character turned up and introduced himself. It's been non-stop ever since. To this day, I still write fanfic (though I'd never tell anyone how to find it), because I love how much of an audience gauge it is. You can see what does and doesn't work simply by their reaction.

What are the hardest part of being an author?
Hmmm there's a bit of a list there. There's being your own boss, which is awesome. But, at the same time, it means you're the one responsible for getting yourself into gear each morning. For the most part, I love this, just not when I'm lacking inspiration. What do you enjoy most about being an author? The freedom, the creativity, the friends and connections I've made, and getting to write my own story. What authors/books have had an influence on your writing? There are heaps of authors that I love, that have had an influence on me. As a child, I loved Roald Dahl. As an adult I still do, but I also enjoy Mhairi McFarlane, Lindsey Kelk, Cecilia Ahern and David Nicholls.

Do you ever get Writer’s Block? If so, how do you deal with it? Do you believe there is such a thing? I think there is a bit of a writer's block thing.
When I went to London last year, I was there for six weeks. The entire time I didn't even want to write, though I forced myself to keep a blog. When I got back, though, the words poured out.

Do you have a particular place that you like to write?
Depends on how I'm feeling. Most of my writing happens after ten p.m. I work into the wee hours of the morning, but I don't mind a rainy day, in the car, by the beach. Recently, I've become a fan of sitting down at the You Yangs and bashing out some words. Last time I was there, I wrote a short story that became a screenplay that weekend.

Do you have a favourite time of day to write?
After ten p.m. when the world is quiet. How do you like to reach your readers? (Social media? Book signings? Blogs etc) Social media is good, but can be tricky. It's really hard to gauge an audience. I do giveaways, they vary in their effectiveness. I've done one book signing in a wine bar that ended with me converting profits into espresso martinis. That was an amazing night. 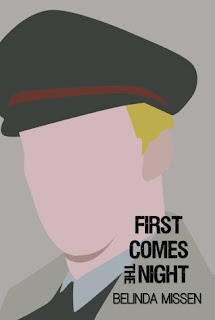 I write romance, which I'm always a bit remiss to announce. People seem to think romance = Fifty
Shades of Grey. I don't do that. It's not my thing. I really do just like good things happening to good people, so all of my books are light, fluffy romance. My latest one is a bit of a play on the old Captain von Trapp and Maria situation, a grieving widower meets young upstart, sparks fly, and things get crazy. It is third in a series of books that I called BookEnds. I think I chose that at the time because I was going to bookend the series with a book about a character I wrote called Red.

How long did it take you to write the book?
This one has taken a while. I wrote the first draft about two years ago, and it's undergone numerous rewrites since. I've recently ordered a proof copy and, the next morning, decided I still wasn't happy with it. So, back to the drawing board again. This new rewrite is packing the punch it needs to.

Do you have a favourite character/topic in your work?
Red seems to be a fan favourite. He was my first book, and he's resonated with a lot of people, which I love. What was your process? Did you plot out the entire book, or just let the storyline flow?

Do you write in chronological order?
No plots. Not even always chronological order, but it helps. I generally get an idea for two characters, they're what turn up first. Then their settings and situation, and I go to work from there.

Do you have plans for further instalments?
I'm trying to get some more Red together, but I don't want to force it. So, there are plans. How soon they'll eventuate is anyone's guess.

Do you have a plan for your next book?
I've just worked out the next four, despite the fact I've got another ten or so books in various stages on the computer. I had an idea for a set of four books during the week. I'll run with that for now.

Ebooks vs Physical books? Do you have a preference when reading?
I do prefer paperback, I don't think there's much better in this world than paperback books. However, if I think I may not like a book, or it's outside my regular genre, I'll get the eBook first. If I love it, I'll go out and get a paperback.

Self-publishing vs traditional publishing? What are your thoughts? Do you feel that the industry is changing?
Honestly, I'd love to be traditionally published. I think there's a bit of... pride (if that's the right word?) in being able to say you're tied to, say, Penguin, or Random House, etc. On the other hand, I love the freedom of creation that I get through self-publishing. I am my own boss, and everything happens how I want it to.

And finally, what advice would you give to aspiring authors?
Keep writing and keep reading. That's the only way you're going to get better. I went on a reading binge in early 2016, and stepped away from the books for a bit. I read about twenty novels in six weeks. When I came back, I could see the difference in my writing. Also, surround yourself with the right people. You need the right advice, the right support, and the right family and friends. If they're not into what you're doing, it'll just make life hard, really..


Thank you so much for that Belinda. I found it really interesting and I hope our readers did too.

If you'd like to know more about Belinda and her writing, please look her up on the various social media platforms listed below:
Website: www.belindamissen.com
Facebook: www.facebook.com/BelindaMissen
Twitter: www.twitter.com/BelindaMissen
Amazon Author Page: http://www.amazon.com/BelindaMissen/e/B00UWR51MS
Goodreads: www.goodreads.com/bmissen

Again, thank you so much for stopping by. If you are interested in being interviewed for this blog, please drop me a comment. Also please don't forget to subscribe to ensure you see each week's interview.