Author Interview: Gregory A. Fournier, Author of Terror in Ypsilanti 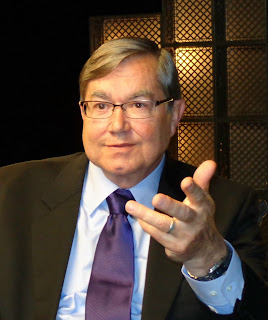 Gregory A. Fournier was born in Trenton, Michigan in 1948. He grew up in the Downriver Detroit area and graduated from Allen Park High School in 1966. When he read Lost Horizon as a young teen, he decided then that he wanted to be an author. That novel transported him to Shangri-La, and he's been trying to get back there ever since.

He earned his bachelor's and master's degrees in English Language Arts and sociology from Eastern Michigan University. After teaching at Ypsilanti High School for seven years, he moved to San Diego, California, and taught Language Arts in public school for another thirty years. He also taught night school and weekend college during that time as an adjunct professor at Cuyamaca College for ten years. Now retired, he is living his dream of becoming an author.

In addition to his debut novel, Zug Island: A Detroit Riot Novel, Greg writes a weekly blog at fornology.blogspot.com, He joins us today to talk about his new book Terror in Ypsilanti.

Can you tell us a bit about you as an author?
I began my writing career in 2009 after a career teaching English in San Diego. My first book Zug Island: A Detroit Riot Novel was published in 2011. My current work is a true crime treatment about a little known Michigan serial killer. Terror in Ypsilanti: John Norman Collins Unmasked, is newly released and available online. For the last six years, I’ve been writing a blog entitled Fornology in support of my writing. I want my writing to stand for something beyond the story. As an author, I want to accomplish more than being in the boredom-killing business. I want my work to have intrinsic meaning and value beyond the page.

What are the hardest parts of being an author?
Publishing and promotion. Writing is a challenge, but the commercial end of the business is inscrutable. Traditional publishers are losing their grip on their market share, and independent publishers and digital printing are changing the game. The writer is caught in the middle.

What do you enjoy most about being an author?
The sweet agony of creating meaning out of thin air and having my readers respond favorably to it.

What authors/books have had an influence on your writing?
My primary inspiration was James Hilton’s prophetic Lost Horizon. Later in life, Night author Elie Wiesel taught me the power of memoir and the writer’s responsibility to the testament of truth. But the author that has had the greatest impact on my writing is Stephen King. His On Writing may be the finest book ever written about what it takes and what it means to be author.

Do you ever get Writer’s Block? If so, how do you deal with it? Do you believe there is such a thing? Brain freeze? Everyone gets it. Walking away from my writing for a day or two to let my subconscious go to work sometimes helps. More often than not, I write a blog post and have a couple of beers.

Do you have a particular place that you like to write?
Yes. In front of my desktop computer at home. The problem with working at home are all the daily distractions.

Do you have a favourite time of day to write?
I prefer to write in the morning after I check my social media until early afternoon. The middle of the night works great when I can’t sleep.

How do you like to reach your readers? (Social media? Book signings? Blogs etc)
I’ve been building an audience for over five years on social media and my blog. Now, I have an author website which is showing positive results.

Can you tell us about your latest book? (is it part of a series, genre)
Terror in Ypsilanti: John Norman Collins Unmasked is a long overdue, nonfiction treatment of a serial killer case from the late 1960s. Collins was the poster boy for the new age of serial killers before the term serial killer was coined. More isn’t known about him because the Charles Manson Helter Skelter murders occurred just as the Collins case went to trial and drew all the national press to Los Angeles, California.

How long did it take you to write the book?
Five solid years of research and writing. 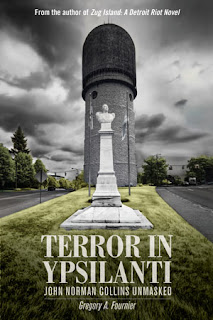 No. This was a difficult story to tell. John Norman Collins is the central figure in the book but far from my favorite. He is a psychopathic murderer.

Tell us about John Norman Collins.
JNC was the prime suspect in the murders of seven young women in the Ypsilanti/Ann Arbor, Michigan between the summers of 1967-1969. Washtenaw County prosecutors tried and convicted Collins of his last murder—the sex slaying of Karen Sue Beineman. The other murders became cold cases.

What genre is your book and who is your target audience?
It is true crime. Terror in Ypsilanti strives to restore the lost history of these cases. The trial transcripts were purged from the Washtenaw County files shortly after all of Collins’s appeals ran out in the mid-1970s. I initially wrote this book for the people of Ypsilanti to pay a debt to history, but young people going away to college will find the story instructive and cautionary.

Can you briefly summarize the content of Terror in Ypsilanti?
Part one tells the story of the murders as the details unfolded before the police and the public. Much of this information has never been made public before. Part two reconstitutes the most infamous criminal trial in Michigan history from hundreds of vintage newspaper articles. Part three tells the story of Collins’s years in prison, his efforts to circumvent his life sentence, and his attempts to manipulate public opinion through the media.

What qualifies you to tell this story?
While these murders were happening, I lived one block up the street from Collins and had several negative encounters with him. It wasn’t until I saw his face plastered across the front pages that I realized I recognized him. I knew people he knew, and I knew friends who knew some of the victims. Going to Eastern Michigan University and teaching at Ypsilanti High School gives me a detailed knowledge of the area and its people. The non-fiction story of what actually happened needed to be told before these events become lost in the fog of time. I’m uniquely positioned to do that.

Has this story ever been told before?
Brief surveys of the Collins story have appeared in crime magazines and internet articles—usually with faulty information and without the benefit of hindsight. Five years after these events occurred in 1976, Edward Keyes published a cozy mystery called The Michigan Murders, which used pseudonyms for the victims, the witnesses, and the convicted murderer. Keyes wrote his book as a novel, but it did more to obscure the real history than add any insight. Terror in Ypsilanti is a very different treatment of the subject matter. I take a terse journalistic approach.

What was your biggest challenge writing Terror in Ypsilanti?
Getting official information on the trial. The Washtenaw County Court files were purged in the mid-1970s, and nobody in authority would comment on that. I had to create a patchwork of facts from hundreds of local newspaper articles to tell the broad outline of the trial.

Does your book leave readers with a message?
Yes, if something doesn’t feel right about a person, trust your instincts. Don’t place yourself in a compromised position and recognize danger before it’s too late.

What else have you written?
My first writing effort after I retired from teaching was Zug Island: A Detroit Riot Novel. It tells a multicultural story of the clash between urban and suburban cultures. Main character Jake Malone gets a crash course in race relations and learns that the face of racism comes in every shade of color. I also write a weekly blog entitled Fornology [fornology.blogspot.com] about my news and views.

What was your process? Did you plot out the entire book, or just let the storyline flow? Do you write in chronological order?
I use a chunking technique at first. I get an idea of where I want the writing to go, and I write a few chapters. From there, I chart out a preliminary outline and write each chapter like it was a stand alone short story. Once on the writing treadmill, I continually rewrite until I come up with something I like.

Do you have plans for further instalments?
I may write a follow up about some prison letters of John Norman Collins. Several people have given me caches of his letters, but for now, I’ve had my fill of him.

Do you have a plan for your next book?
Yes, an unsolved murder of an eight-year-old boy found frozen under a bridge in the rural town of Ypsilanti, Michigan. The Ypsilanti Historical Society asked if I might be interested in writing a piece on little Richard Streicher.

Ebooks vs Physical books? Do you have a preference when reading?
I prefer the look and feel of books. I like to go back and forth when I read and turning pages works best for me.

Self-publishing vs traditional publishing? What are your thoughts? Do you feel that the industry is changing?
What has happened to the broadcast television networks, the movie business, and the auto business is happening to publishing--decentralization. The digital revolution is a game changer. Why be on the ragged edge of traditional publishing when I can be on the cutting edge of independent publishing. Either way authors go, promotion is their responsibility, so why not cut out the middleman?

And finally, what advice would you give to aspiring authors?
Write, write, write until you can’t help yourself anymore. Then find a competent editor to help guide you. The eye sees but doesn’t see itself.

Thank you Gregory for dropping by. As a fellow true crime author, I found this a fascinating interview. I am one of the few who know of the crimes of John Collins, so it was great to see another author's journey with such a violent killer.  Amanda

If you would like to be interviewed for this blog or have a great story to tell, please drop me a line.  As always thanks for dropping by and see you next week.