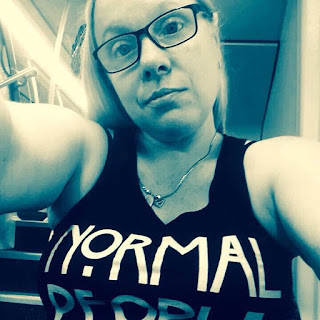 I thought now that we have some incredible author interviews in the works and a very interesting line up to fill in your weekends, I thought I'd also get some of the other interesting people I know to be interviewed and share a little piece of their life with us.

My first victim subject is Amy Wright. I'll let her explain her interesting life to us...

Can you tell us about you. Who you are, and what you do?
I'm a wife and mother with a regular day job. At night and on weekends I like to read about, research, and visit locations of murders. In 2012-13 a friend and I developed three apps for iOS - Serial Killer Murder Library, Killer GPS, and Killer Quiz. The library is what you'd expect, a collection of serial killers from around the world. Killer GPS is an app that will lead you to locations of murders, be it the home of Sharon Tate (the Manson family) or a little known murder that occurred down the street from you. The Killer Quiz is obviously a quiz. The questions are easy at first, but they get difficult pretty quickly!

When did you get started in your field?
I've been interested in true crime since I was nine years old, but I only really started doing something with my knowledge about four years ago. That's when I met my friend Chris. He's an app developer, and we used his IT knowledge and my serial killer knowledge to create our apps.

How is it all going?
It's going well. Our app sales keep rising, our Facebook page gains new followers every day. The 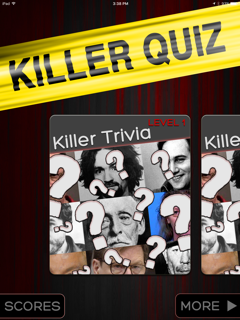 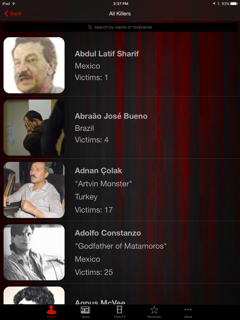 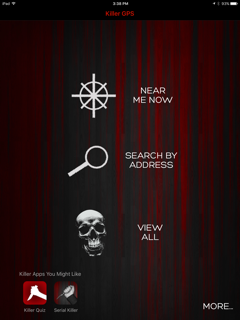 engagement is great. I can't imagine my life without all of our Facebook followers now. We've become a real community.

So, I know I want to hear more about your your current project, what is the most interesting thing you’ve come across lately?
I recently stumbled across a murder that occurred in Brisbane, where I grew up. It happened around 40 years ago, but I'd never heard of the case. A woman was raped and murdered in her home whilst her fiancé was at work. I realised there's so much I don't know about my own city, so I'm concentrating on cases in the Brisbane/Gold Coast area at the moment.


Do you have nightmares working in the criminology field? You know, I've never had a nightmare. The closest thing would have to be a dream I had a year or so ago. I was on the phone to Ted Bundy, and he was begging me to visit him. I told him that I couldn't, because he was dead (Bundy was executed in 1989) but he wouldn't believe me!

Have you come across anyone/thing that has scared you or made you a little worried?I've had a few situations that have made me feel uncomfortable. There was a woman who was quite an active follower of our Facebook page. She ended up murdering her boyfriend, which was horrible. There was a guy who would write to me and tell me how he wanted to become a serial killer, what he'd do, how he'd do it. I had to report him to the authorities. I've even had someone contact me looking for someone to kill them! Crazy.

What’s the next stage? Where are you heading? What’s the future hold?
More locations, more research. I can't get enough of it. People are walking down an alley, past a house, through a park where a murder occurred and they'll never know. It fascinates me.

So now, on to some crime related questions...
Serial killers/mass murderers – do you prefer to research one over the other?
I go through phases. At the moment I'm quite interested in assassinations. I don't really have a preference. Maybe serial killers, because there's always an interesting back story.

Do you have a case that you research more than any other? Why?
Serial killer wise, I'd say Ted Bundy. I guess because he was exactly what you wouldn't expect a serial killer to be. I never get tired of reading and learning new facts about him and his victims. If you're talking about mass murder, it would have to be Eric Harris and Dylan Klebold. I remember that day so clearly, I remember watching the news for hours. They were only a couple of years younger than me. The idea that two kids could do something so horrible...

Do you have a ‘favourite’ unsolved case?
Betty Shanks. It's always Betty. She was murdered in 1952 when she was walking home after getting off a tram. Her body was found in a policeman's front yard. She'd been beaten to death. She had no known enemies, it appeared to be a random attack. It was such a shocking crime for 1950s Brisbane. I wish I knew who did it!

Now some totally random questions
Would you like to share a strange habit/talent you have?
Habit? I guess rock collecting. I'm not kidding. I collect rocks from places like Belanglo Forest, where the Backpacker murders occurred, Dealy Plaza, where JFK was shot... I also collect them from famous places like Buckingham Palace.

If you were to eat one food for the rest of life, what would it be?
Probably Chinese.

Do you prefer ebooks or physical books? Physical books, or REAL books as I call them. Half the joy of reading is smelling those pages and turning them.

Ultimate holiday/relaxation? Anywhere that's freezing cold, where I can curl up in front of a fire with a glass of wine and a good book. I'm living in the wrong country for that, though!
Thank you so much Amy for dropping by for this super cool interview.

Amy and I went for a trip to Belanglo together in April this year. It was sooooo cold - not sure because of the temperature of the forest or the scary feelings of the forest. 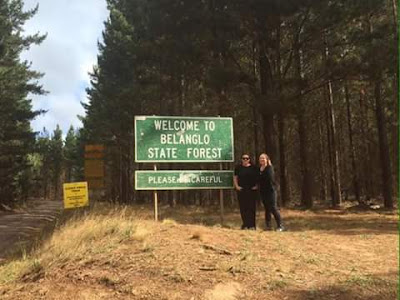 You can find more information on the Apps at: http://www.rocketsplashgames.com

And join us all over at the Facebook page: https://www.facebook.com/serialkillapp/?ref=ts&fref=ts
Posted by Amanda Howard at 6:00 AM